Hey folks, it looks like women-empowering songs are the theme of the week. Janelle Monáe is obviously well-known for her sleek style–tailored suits with the bow tie, bold lipsticks, and poofy up-dos. But with the upcoming release of her sophomore album, her first new single “Q.U.E.E.N.” is giving us so much more.

Monáe is already well-established in the industry, and as a site featuring so many upcoming artists, we have to wonder how she’s garnered so much interest. Monáe was “discovered” by Bad Boy through MySpace back in 2006, and it seems like the label made a great call. When talking about the decision he made, Daniel Mitchell, A&R at Bad Boy stated, “Yeah. I think the thing with Janelle Monáe is that she’s an artist that’s capable of creating her own movement, and she has her own vibe. I love her music. I think it’s different. Some of it I don’t understand, to be honest with you, and I think that’s the great part of it – I don’t need to understand it.”

So short answer: she was already established. Monáe had an image, and presented something different. Now, she’s releasing this song, not only making us all want to dance and have fun, but also calling on the world to stand up. The end of the video is phenomenal, as she cuts into the smoothness of the song with hard, fast-moving rap lyrics… “March to the streets ‘cuz I’m willing and I’m able/ Categorize me, I defy every label/ And while you’re selling dope, we’re gonna keep selling hope/ We rising up now, you gotta deal you gotta cope.”

Stay on the lookout for Monáe and her new album. It’s probably going to bring a lot of hype.

“Q.U.E.E.N. was inspired by private discussions between Erykah and me. It is meant to make you JAM. DANCE. FUNK OUT. and dialogue later…” – Janelle Monáe 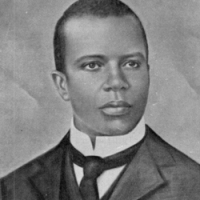